This article was originally written for, and appeared on, the Amsterdam Ad Blog.

It is often said that advertising makes people want more things. Sure, advertising can do that. But it very rarely does. In fact, it is more likely to have the opposite effect: make people happier with less; which is the more lucrative use of advertising itself.

Why spend $1000 or $10000 on a watch that does nothing more than a $100 watch? The answer, of course, is status, figured Thorstein Veblen, an eccentric economist known for his satirical portrayal of the upper class in the 1899 classic, The Theory of the Leisure Class.

Turns out, people “conspicuously” spend on certain types of items, such as silverware or oversized houses, just to show their place in society. These items, called “Veblen goods”, are desired because they’re expensive (pleases the rich) or exclusive (pleases the snobs).

A “Veblen effect” exists when people reject a perfectly good solution, like a $100 watch, simply because it is “too common” or “not costly enough.” Rory Sutherland of Ogilvy points to Stella Artois’ slogan that tries to create a Veblen good with two words, “Reassuringly expensive.”

Secondly, Veblen goods don’t depend on advertising. Rolex watches, Rolls Royce cars and Reinast toothbrushes sell not because of advertising, but for their rarity and price. Veblen goods, for the most part, are not promoted through ad agencies at all, but PR.

Thirdly, almost all advertising that ad agencies produce is for things people need, or would be very reluctant to lose: insurance, detergents, food, broadband, washing machines, travel, beverages etc. And given the choice, which ultimately benefits people, it is advertising that helps them pick the wheat from the chaff.

Quite fittingly, ad agency Young & Rubicam ran an ad that read: “Yes, advertising does sell things that people don’t need…TV sets, radios, cars, ketchup, mattresses, and so on. People don’t really need these things. They don’t really need art or music or cathedrals…They don’t absolutely need literature, newspapers and historians. All people really need is a cave, a piece of meat, and possibly a fire.”

Put simply, advertising rarely adds to Veblen effects. In fact, as Sutherland explains, it is far more likely to have an anti-Veblen effect: create products that become “social levellers”.

Coca-Cola is the world’s best selling soft drink that is accepted by everyone when it should be rejected for being so common. Nike focuses on individual glory whilst stimulating the desire to belong to an egalitarian “Nike community”. Apple’s democratic values began with the slogan, “The computer for the rest of us;” whose products, except the gold watch (still not purely Veblen), are affordable to most people. And anyone can wear the working man’s fabric, Levi’s denim; a benefit reserved for mass advertised brands.

So advertising often works not by persuading people to trade up, but to retain their mass tastes instead. It favours an egalitarian society in which the rich people essentially buy the same things as the rest. “The President can’t get a better Coke than the bum on the street,” said Andy Warhol, the American artist who saw advertising as anti-elitist.

Therefore, to bash advertising for dividing society or persuading people to want expensive options is unfair and wrong.

Likewise, advertising is conveniently blamed for peddling the desire that new is better.

It might seem like our upgrade culture is the result of “planned obsolescence”: a strategy to make products with shortened life spans deliberately. But only brands with no competition benefit from such inefficiencies. For categories in which switching is an option – Apple to Samsung or vice versa – brands that peddle new upgrades unnecessarily lose consumers.

Instead, advertising mocks planned obsolescence; it redefines status; conditions us to resist Veblen effects; makes things palatable to the masses; and instils pride in our position as the middle class, which is discerning of price versus quality.

Advertising presents a sensible lack of pretense; a no-nonsense practicality that respects the intellect of its audience, whilst seeing the likes of Volkswagen’s “Think Small” and “Live Below Your Means” as the epitome of great advertising.

Besides, advertising can act as a psychological primer for important social change. Which means, we can tell people it’s cool to wear recycled clothes; save energy; eat food waste; stay comfortable; or even resist consumerism.

Thanks for persuading people to be happy with less, rather than making them want more. We need more advertising, and far more categories of spending where mass advertising creates brands that become socially acceptable to all, destroying price discrimination and pretentiousness. 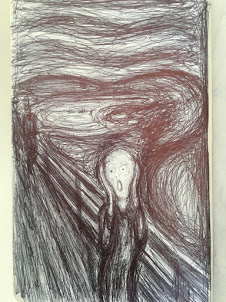